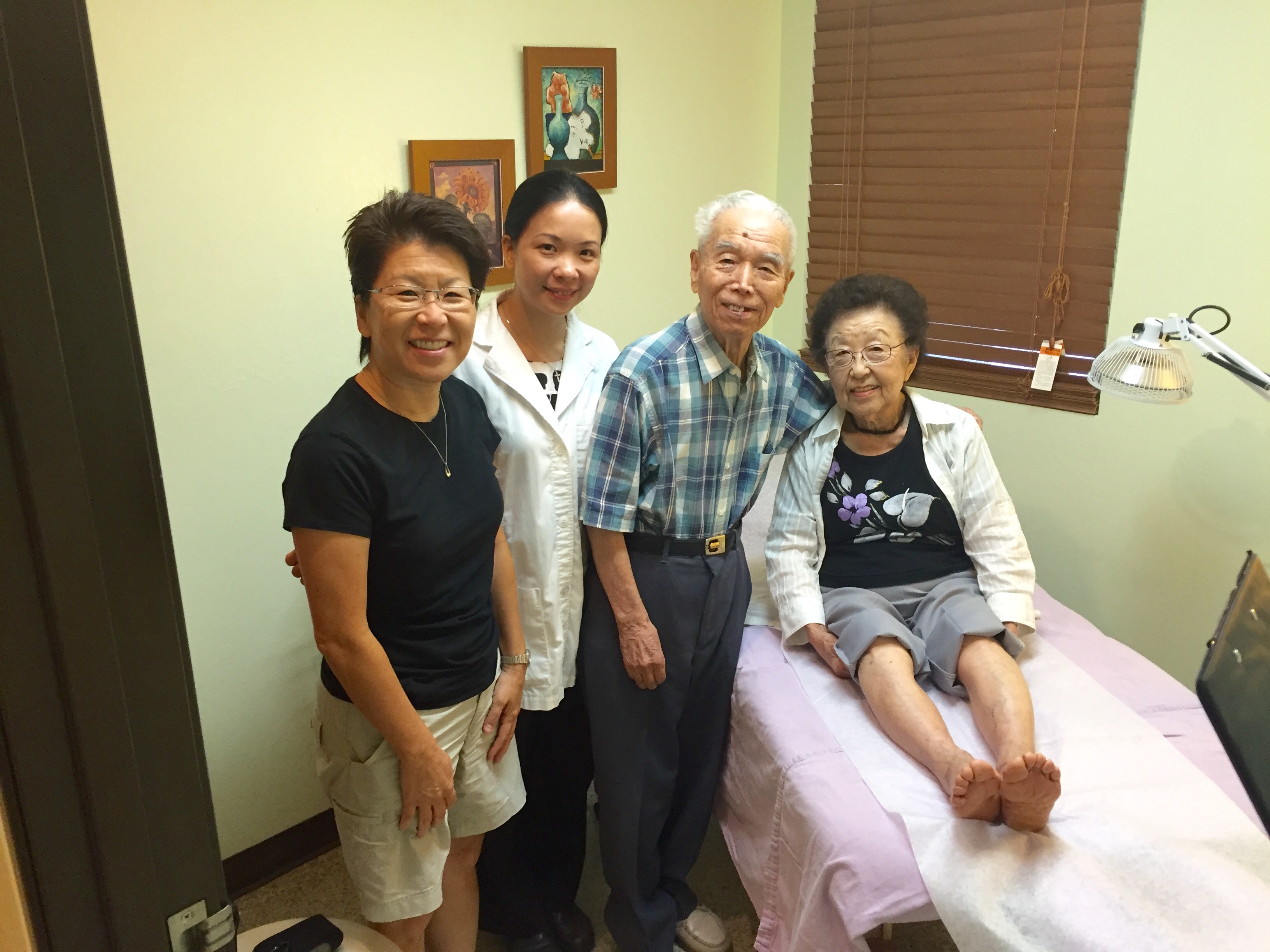 Much thanks to Dr. Wu’s highly skillful treatment

It happened one Sunday, late August 2015.

I came home from church and was backing the car up the driveway.  But before putting the car into the garage I wanted to take out some things from the trunk so I stepped out of the car and went to the trunk.  As soon as I put the items on the back porch step, I was suddenly pushed forward by the car and was pinned between the car and the steps.  I tried to twist my body around but found that I had at least a gash of about 6 inches long on my leg and it was bleeding profusely.

I was rushed to the hospital by ambulance and had surgery the next day.  Both of my legs were heavily bandaged and my left leg was in a knee immobilizer to prevent it from bending.

Everything happened so fast that it took a while for me to think straight.  Just lying on the bed was uncomfortable and boring and I was restless.  But I kept praying, “Dear God, am I going to be able to walk again?  Are you going to help me so?”  After six weeks in the hospital and in rehabilitation, I was released and went home to be under home health care.  Physical therapy started right away twice a week.  Through their help my boot and bandages were eventually removed but I still had very visible scars.  Both of my feet were terribly swollen, puffy like infants’ feet.

During this stage, my son-in-law heard about Dr. Wu, an acupuncturist and chiropractor.  His friend who is also Dr. Wu’s friend and patient recommended her highly and so he suggested that I visit Dr. Wu.

I was scared at first about getting acupuncture so it took a few days to make up my mind.  But later I realized this was a waste of time.  When I first visited the health center and met Dr. Wu, I felt very relaxed because of her warm smile.

Later I heard she was a Christian and that she prays for her patients every morning before coming to the office.  When I heard that I thought I found the secret to why people visit her with warm feelings and hope.  Of course, I am one of them too.

Yes, my feet are getting stronger and there is no more swelling.  The scar is nearly gone.  And I don’t need a cane anymore.  Most of all, I could walk again.

I cannot jump or run like an athlete, but I don’t need to because my prayers are answered.  Praise the Lord!  Much thanks to Dr. Wu’s highly skillful treatment, heartfelt encouragement with many personal suggestions, and lots of prayer.

I wonder if Dr. Wu will tell me one day, “Flora, you’re well now so you don’t need to come anymore.”  Do you know what my answer would be?  It will probably be like this.  “Thank you very much Dr. Wu for your sincere help.  I don’t know how to pay you back.  But truly I don’t want to miss the time I have visiting you.” 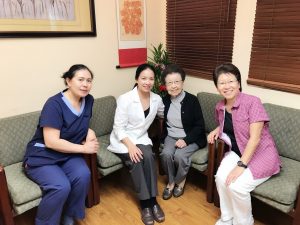 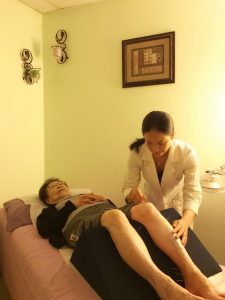